It’s been 5 years since the President, Nana Addo  ‎-Addo declared war against illegal mining activities in the country.

A fight he solemnly promised to see yield the desired fruits for the‌ country and generations unborn. His unwavering posture in the media on the topic will have made one think our water bodies will be cleared and forest reserves regain shape.

But some five years on after the President said “I am prepared to put my presidency on the line in the fight against galamsey”, not much has changed. Things have taken a backward trajectory and our water bodies and forests cover are not fit for purpose because of galamsey activities.

A lot has been said within these past five years. Promises and reassurances but not much have been done considering the level of confidence Ghanaians have reposed in the government.

Recent footage of the damage done to our water bodies and forest reserves strikes a serious concern about what we are leaving for future generations. We watch somehow unconcern for some unscrupulous persons cause serious havoc to the very things that we survive on.

It’s striking to even hear some Cocoa farmers and residents in villages where these activities go on willing to sell their farmlands to galamseyers because of the economic hardship they are going through.

As a nation, we are willing to sell our future for present fortunes so it’s no wonder these farmers are selling their lands to people for illegal mining. They are just reminiscing us about what is happening at the top.

In 2018, the government instituted an Inter-Ministerial Committee on Illegal Mining (IMCIM) among other measures to combat galamsey in the country. The measures included the deployment of military personnel to the galamsey sites to arrest illegal miners and seize their equipment and a temporary ban on small-scale mining.

Few months after the IMCIM started work, a Tiger Eye P. I investigations into their activities fingered top government officials and party members of the New Patriotic Party (NPP) receiving gifts from the galamseyers.

Fast forward, another scandal hit the committee. This time around, some seized excavators by Operation Vanguard numbering about 150 went miraculously missing from the premises where they were parked. Several calls by Civil Society Organizations and anti-corruption groups for the prosecution of those involved in the sudden disappearance of the excavators were unheeded by the President.

The Prof. Kwabena Frimpong Boateng-led committee went unquestioned for management of the equipments seized from the galamseyers.

When Chinese galamsey queen Aisha Huan was caught in 2018 engaging in illegal activities, the authorities let her go without pressing charges to at least send a warning to the International community. Rather, she got out of the country freely allowing other Chinese and foreign nationals to come and continue her work.

The menace has since persisted with several Ghanaian youth and foreign nationals joining. Water bodies are being polluted on daily basis leading to a warning from the Ghana Water Company that if the canker persists and it’s not stopped anytime soon, the country will suffer severe consequences including water rushing and importation.

The company has said it has had to spend more to treat the water from our rivers and seas due to the pollution by illegal miners. It has attributed the recent increase in water tariffs to the additional cost they incur in treating the water.

Another area of concern is the effect galamsey activities are having on Cocoa production. Experts have said if galamsey in the forest is not stopped any soon the country risk not being able to export its best cash crop.

The European Union in the past banned Ghana’s Cocoa due to issues with child labour in the sector and the consequences were dire. Well, another ban looms if just the rhetoric continues.

With farmers willing to sell their Cocoa farms to these illegal miners and the usage of Mercury and other highly sophisticated chemicals in mining in the forest, the ban may soon be witnessed if nothing drastic is done.

The renewed fight against illegal mining by the government is very admirable and must be supported by all fronts. However, the government, most especially the President must show real commitment beyond the rhetorics to adduce this support from Ghanaians.

He must be ready to bit harder than he has and prosecute his party faithfuls who are involved in illegal mining.

The media campaign against illegal mining has revealed clear pictures and videos of Akonta mining, a company to which the current NPP chairman for Ashanti Region, Bernard Antwi Boasiako popular known as Chairman Wontumi, is a Director of the company, mining within forest reserves where they have no permit to mine.

If the President wants to win this fight he has committed his presidency to, then he must bite from his people. He must show the Ghanaian populace he can take on his very own when they violate the laws of the country. Until then, the fight will linger on.

Like the Asantehene said in a recent Ashanti House of Chiefs meeting, the fight will remain a sham if the government is only arresting those in the pits and caught at the scene of galamsey activities. They are the least of our worries. The real kingpins are the financiers behind these bribable activities.

The government knows them and even if they don’t, those they hire know them. We must go after them and cause them to pay for their unsavory actions in our water bodies and forests. This is the surest way to tackle and completely deal with illegal mining.

The government must also consider state ownership of a mining company where other small-scale mining companies take their concessions from and are supervised by the State company to ensure best mining practices. By this measure, the state can directly supervise the space and even control the smuggling of minerals outside the country. 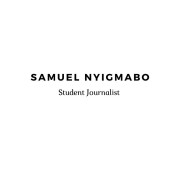 Minister worried over Sandwining and Encroachment on Water bodies